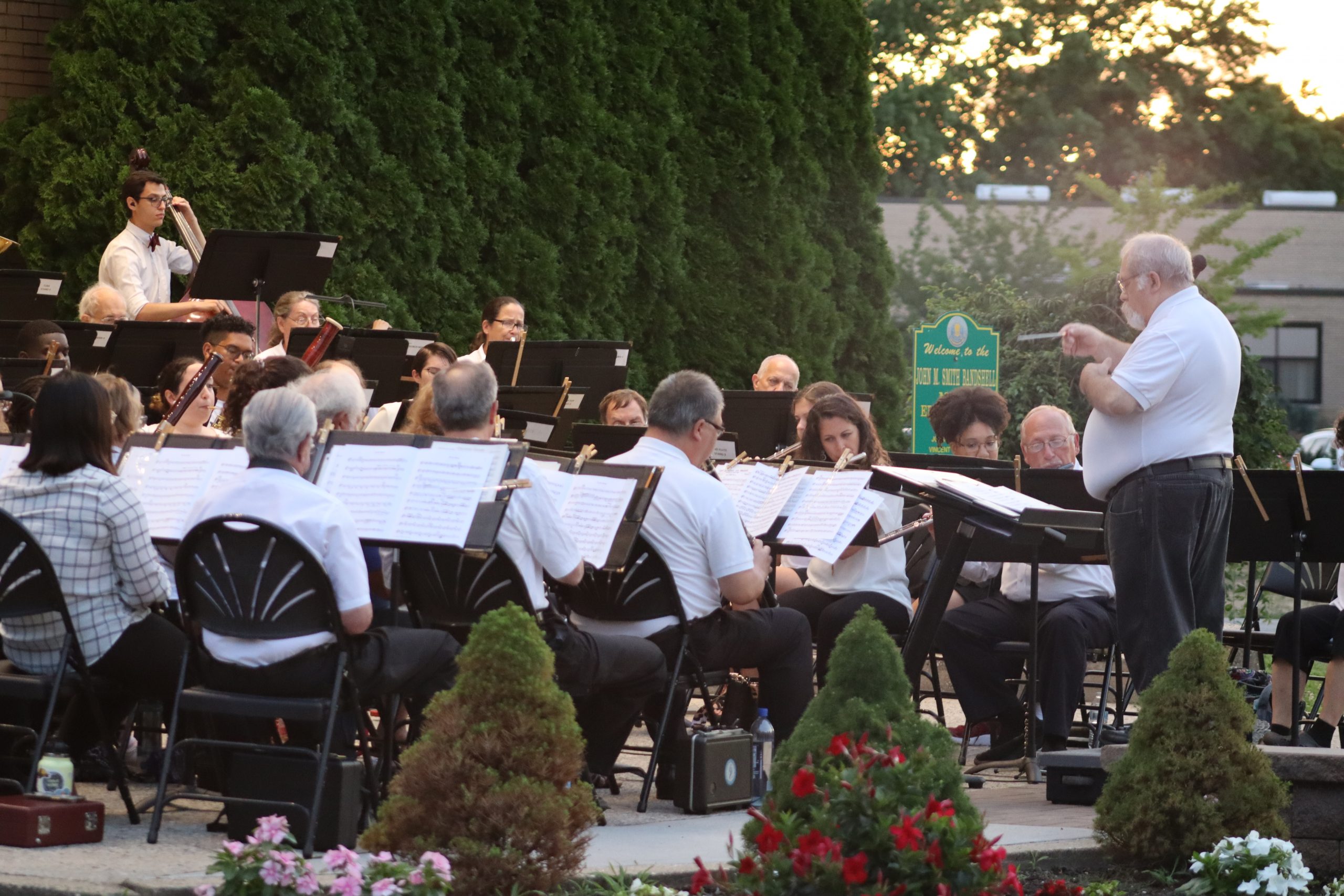 The Valley Stream Community Band and Community Orchestra concluded their annual summer concert series on July 28. Taking place on evenings throughout July, the concerts, which were held at the Valley Stream village band shell on the Village Green, have become a decades-long Valley Stream tradition.

Prior to the construction of the band shell, the Band played its inaugural years on the terraced front steps of Central High School. The Community Orchestra, a more recent addition to the series, began performing on Thursday evenings in 1966. Both groups rehearse for two-hours the night prior to each performance.

Musicians in the Community Band and the Community Orchestra range from high school-aged to those in their mid-90’s. Additionally, teachers from the VSCHSD Summer Music program fill out the groups, and a variety of amateur, professional or semi-professional musicians and music teachers volunteer their time. Most come from Valley Stream and its surrounding communities, and more than a few have taken part in the series for decades. Some even travel from as far away as Stony Brook to rehearse and perform.

With this year’s series now concluded, be sure to keep an eye out for next summer’s concert season! 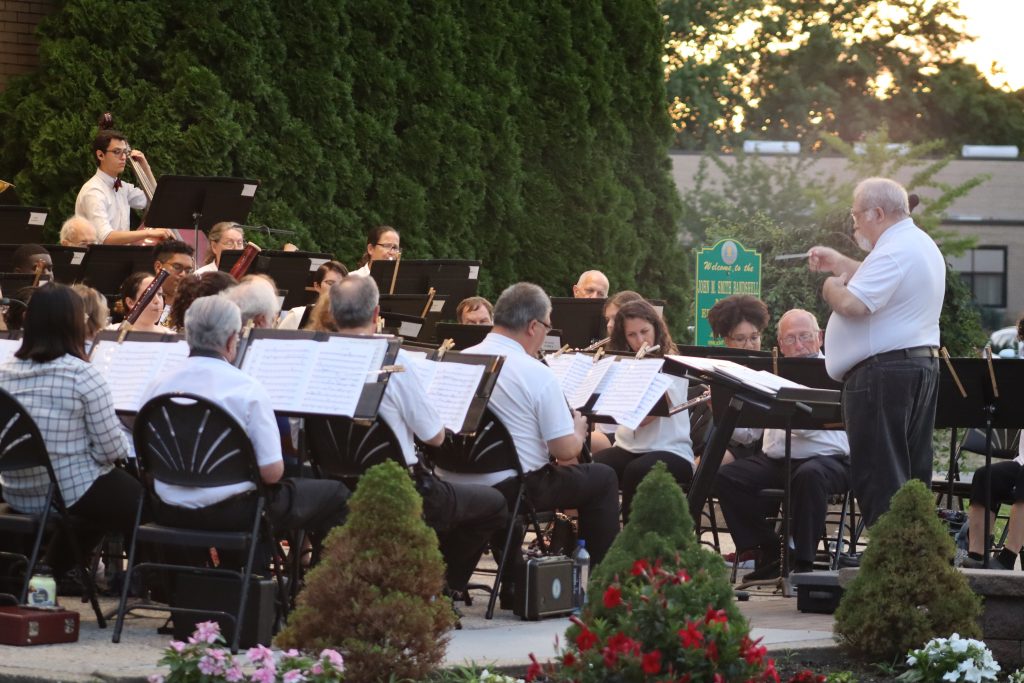 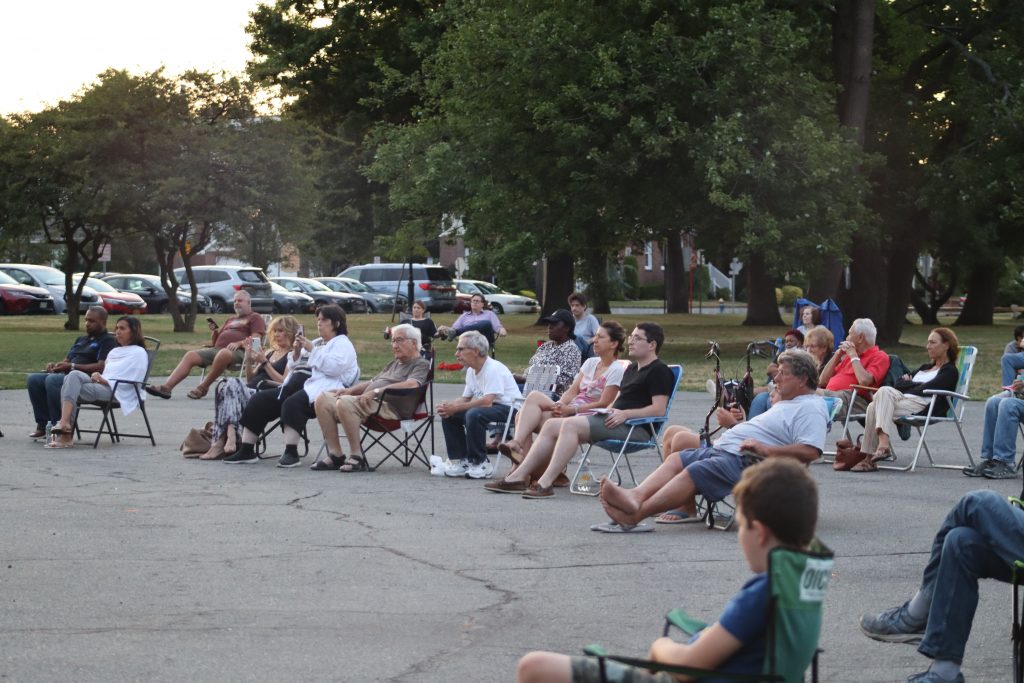 The Community Band, and its Community Orchestra counterpart, have been drawing local crowds to the Village Green every July for more than half a century. 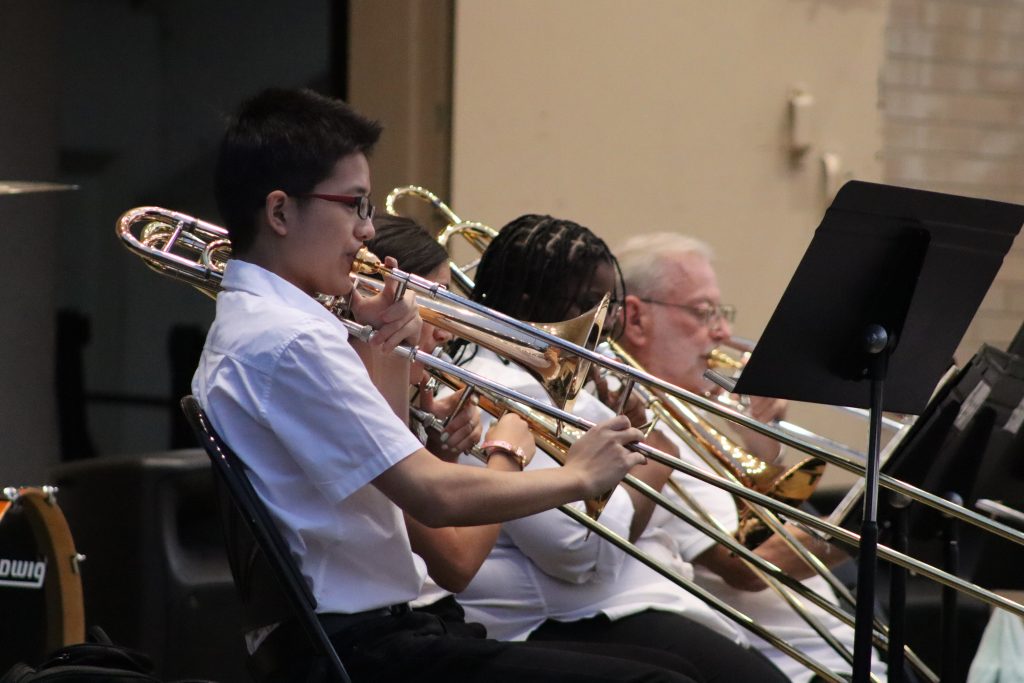 The multigenerational Community Band comprises musicians from Valley Stream and the surrounding neighborhoods. 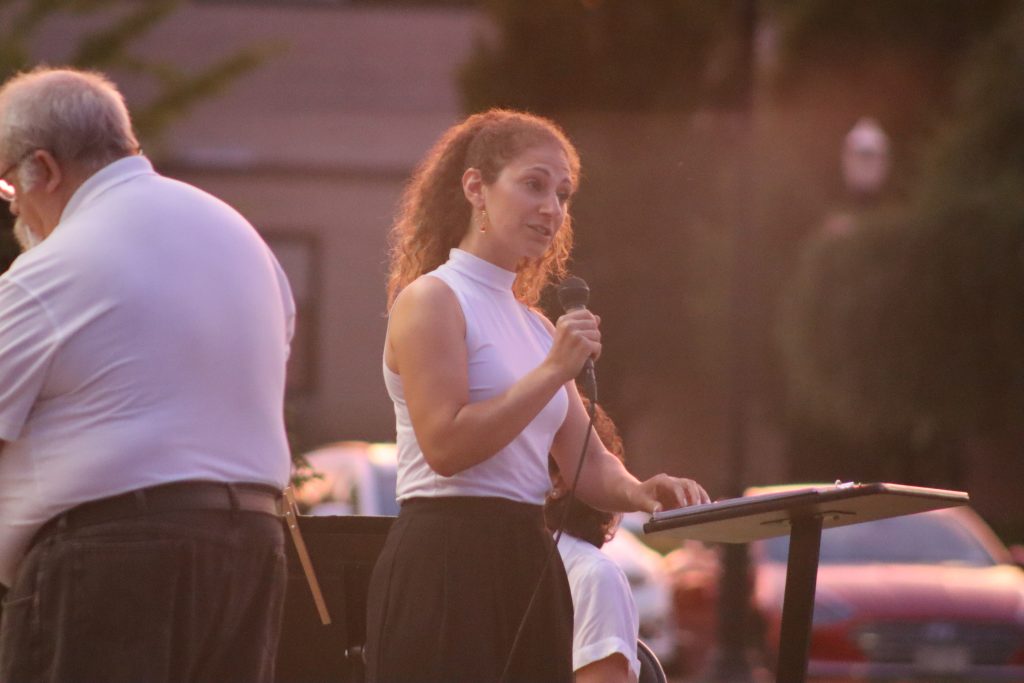 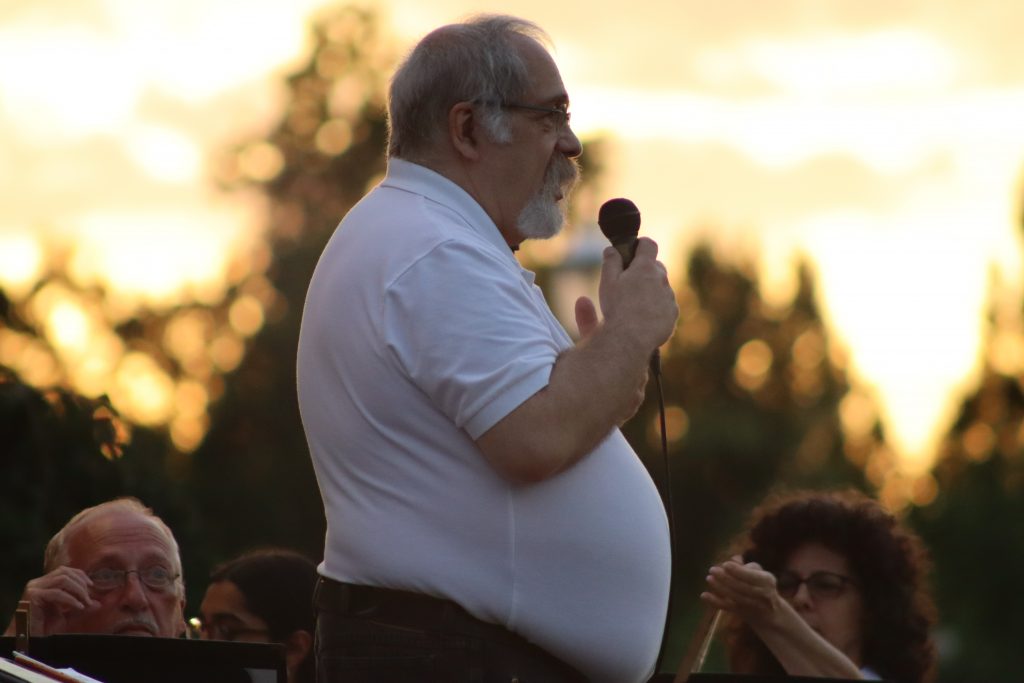 Dr. Alex Marks led the final performance for the summer.