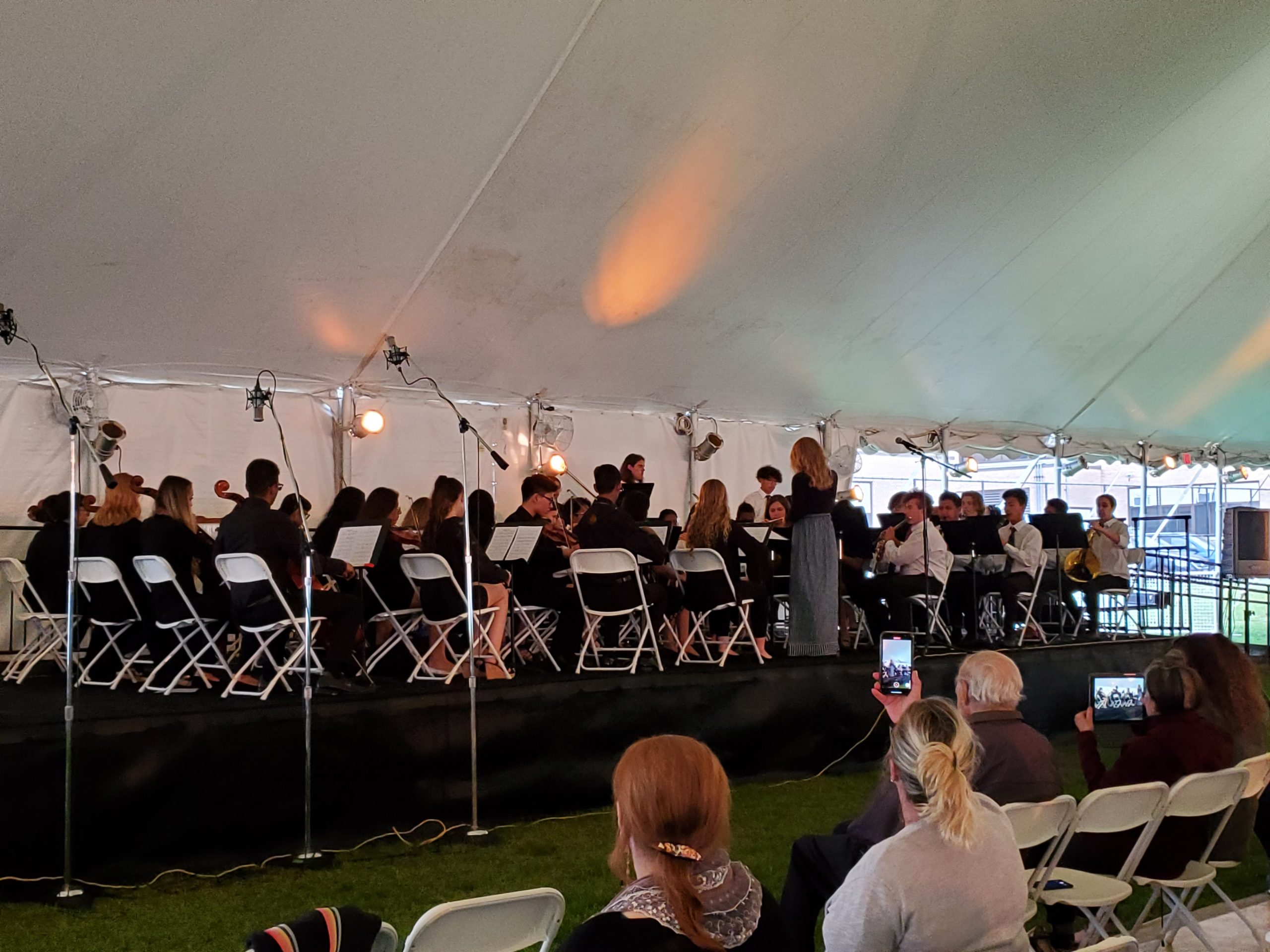 South High School’s Chamber Orchestra, Wind Ensemble, and a capella choir, The Jedwoods, started off the program with a combined performance of The Star Spangled Banner. The Chamber Orchestra, conducted by Elizabeth Klamkin and the Wind Ensemble led by Dan Creegan, then performed impressive two-song sets that set a high bar for the evening. The Memorial Jazz Ensemble, directed by Laurie Hughes with assistance from Joseph Connors, closed out the instrumental portion of the evening with some hard-driving beats and strong performances from the group.

The vocal portion of the concert led with a return of South’s Jedwoods co-directed by Rita DiFano and Kyle Hayden. The Jedwoods were followed by the final group of the evening, Central’s Select Choir, led by Amy Neuner. Both groups were notable for their impassioned performances of standard and popular repertoire that had the audience swaying their phones in the air and singing along.

All of the groups were received by an enthusiastic and warm audience. The performers and all of the members of the Fine & Performing Arts Department hope that this is the beginning of a new series of events for the extracurricular ensembles that will soon become an annual highlight of the district’s calendar. 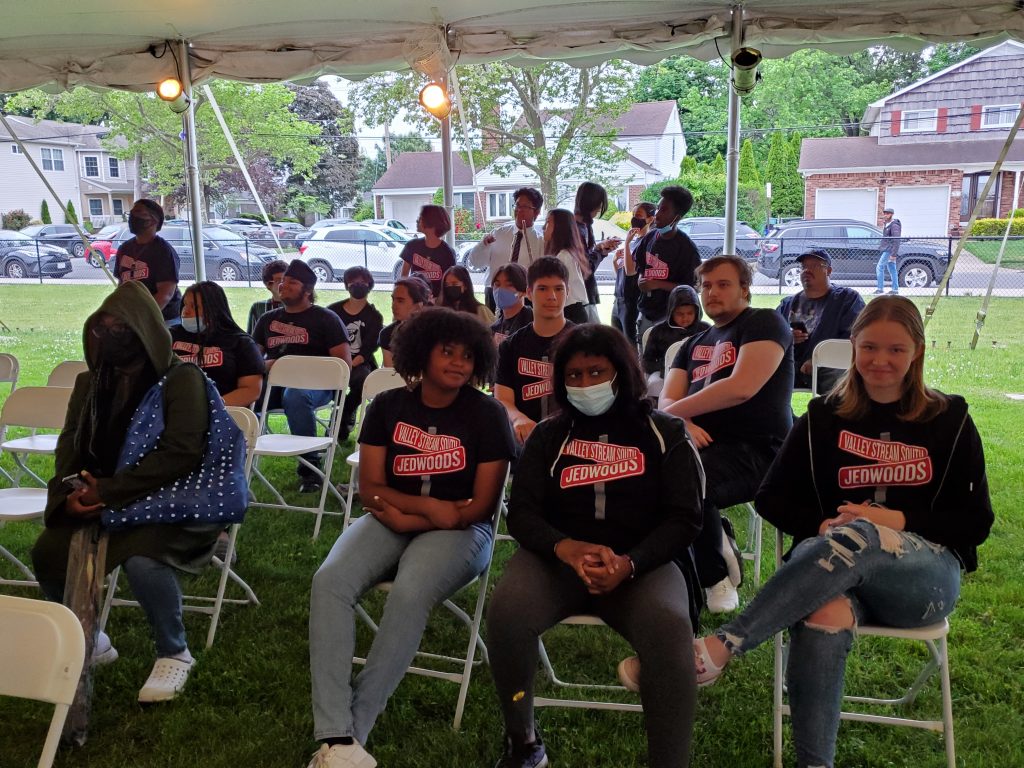 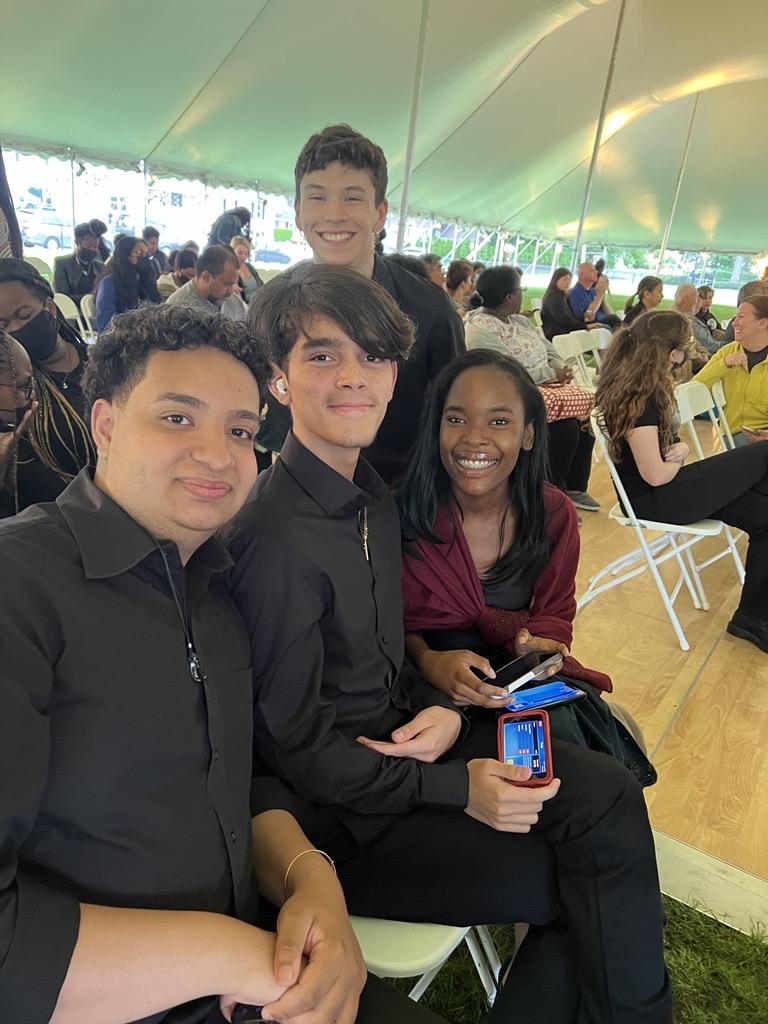 The students hope the concert become a regular occurrence in the coming years. 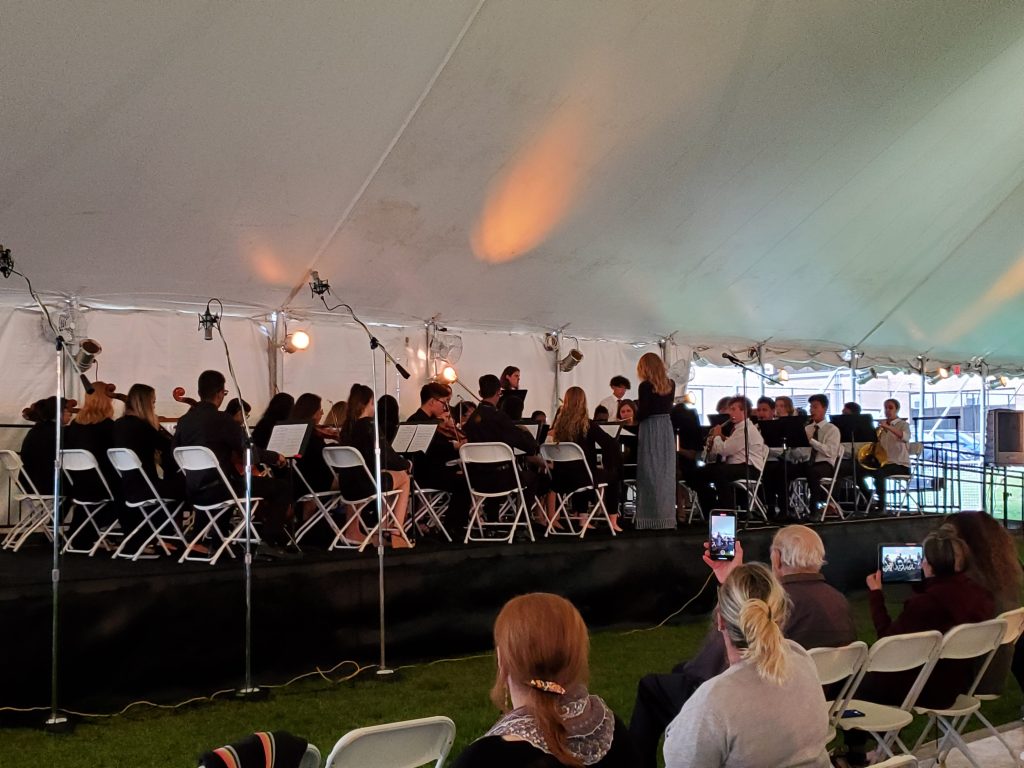