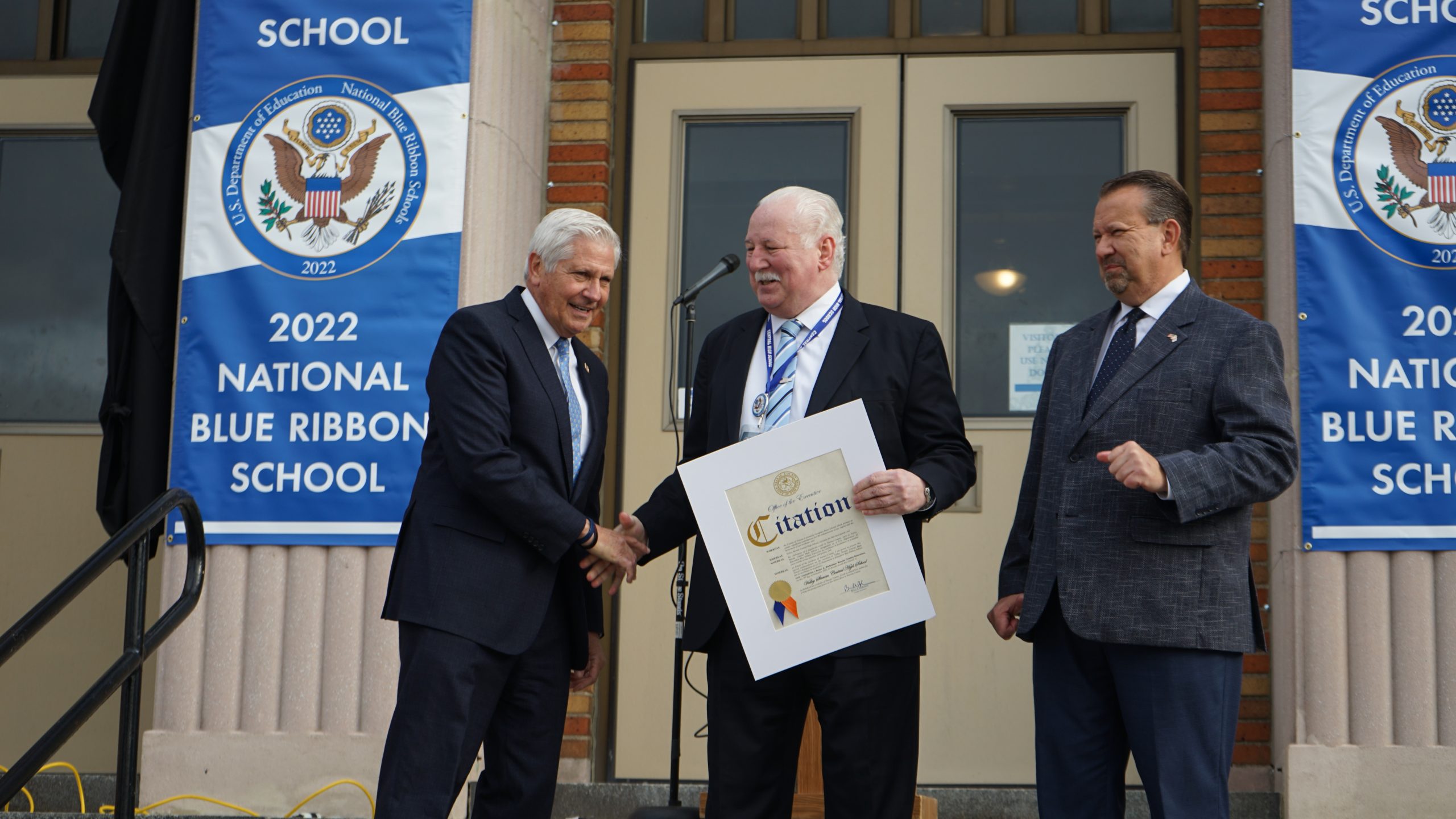 Throughout November, the Valley Stream Central High School District celebrated Valley Stream Central High School’s special designation as a U.S. Department of Education Blue Ribbon School for 2022. The rare honor, given to the country’s highest-performing schools, was bestowed on only three high schools on Long Island and 297 schools nationwide this year.

At its November 8 Board of Education meeting, the District honored Central Principal Dr. Joseph Pompilio and his staff for their efforts in making Central a Blue Ribbon School. “Every person who works at Central, including custodians, secretaries, our nurse, cafeteria workers and others strive for excellence under a cultural umbrella of high expectations,” Dr. Pompilio said while standing alongside his staff. “I am very proud of Central High School’s achievements.”

On November 29, the celebration continued with a ceremony unveiling a pair of Blue Ribbon banners adorning the school façade. Led by Dr. Pompilio, and attended by students and staff as well as local elected officials, the event was a major acknowledgment of this great accomplishment for the school. In addition to Board of Education President Kenneth Cummings, County Executive Bruce Blakeman, and Village of Valley Stream Mayor Ed Fare were in attendance, and offered their remarks.

County Executive Blakeman and Mayor Fare—both Central graduates—recalled their memories of the school, their pride at its remarkable Blue Ribbon designation. The two issued proclamations to Dr. Pompilio and his staff. 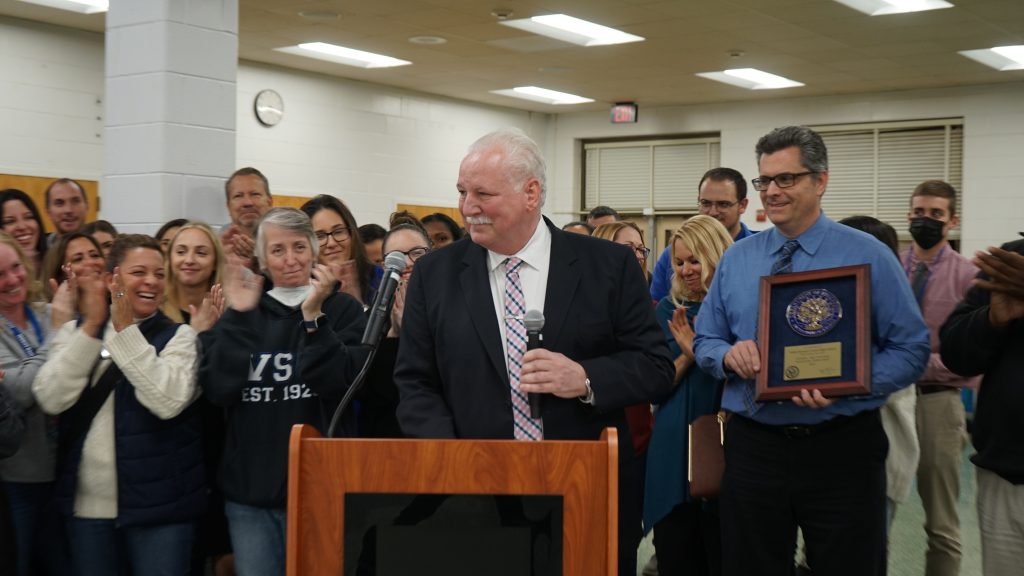 Central High School Principal Dr. Joseph Pompilio alongside his staff during the November 8 Board of Education meeting, where they were honored for Central’s 2022 Blue Ribbon School designation. 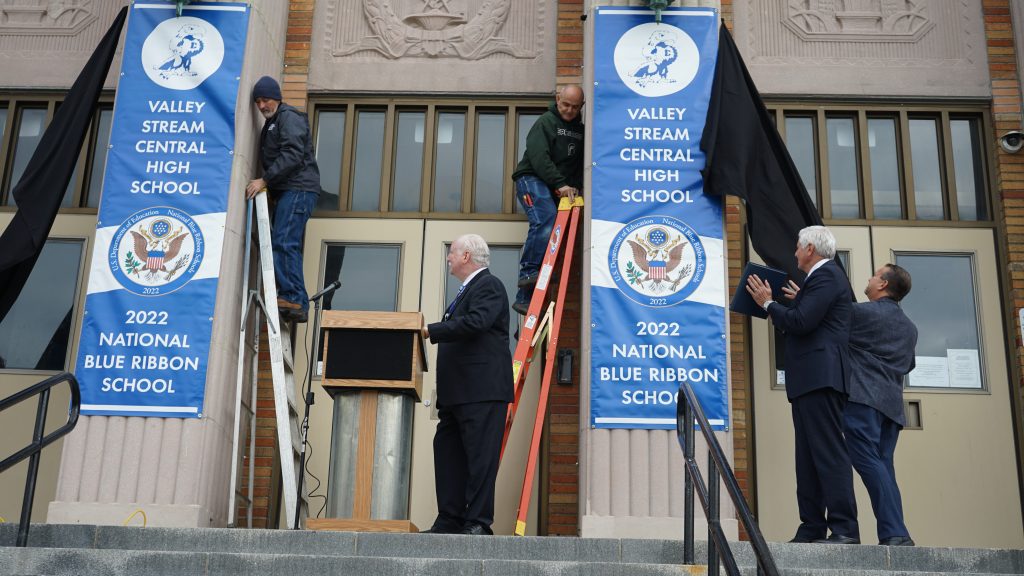 On November 29, Central unveiled a pair of Blue Ribbon banners outside the school. 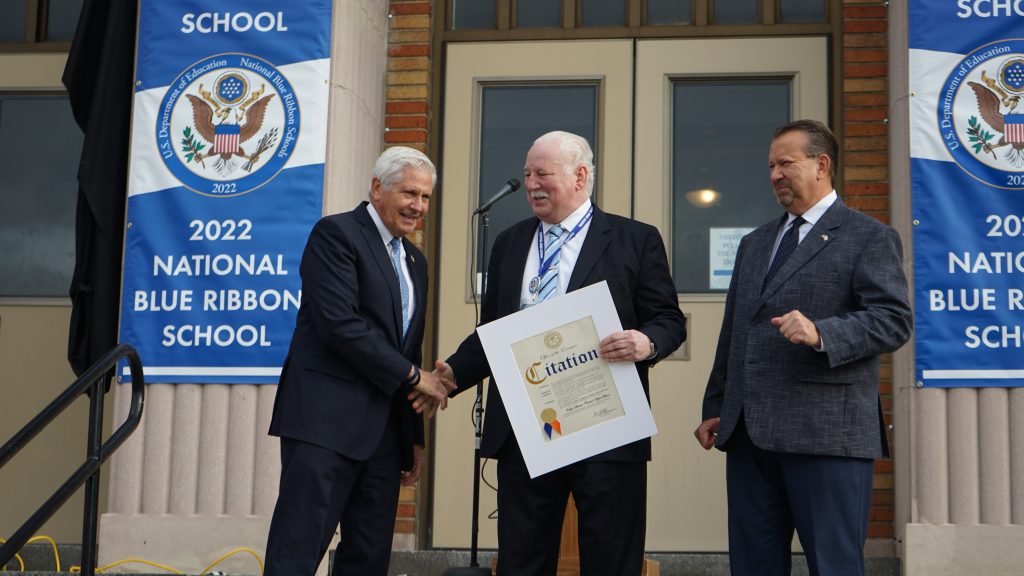 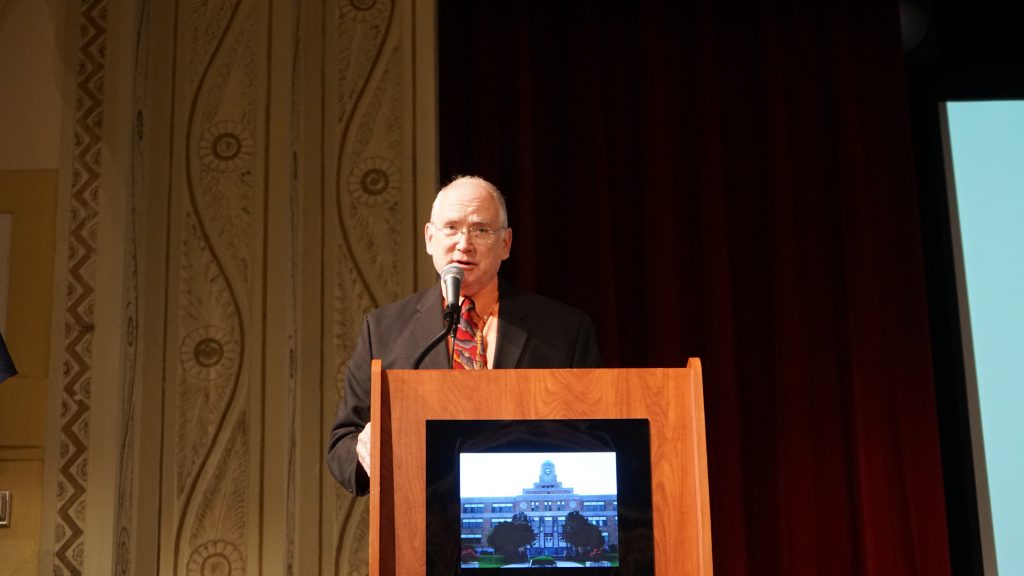 Board of Education President Kenneth Cummings gave his remarks on the special honor. 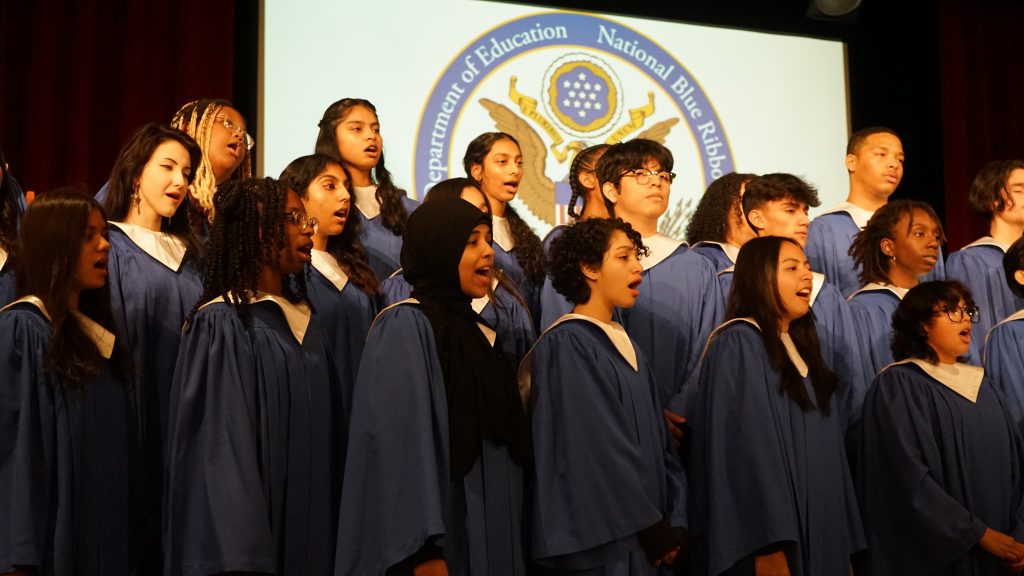 The Central High School Choir was on hand to provide music for the celebration. 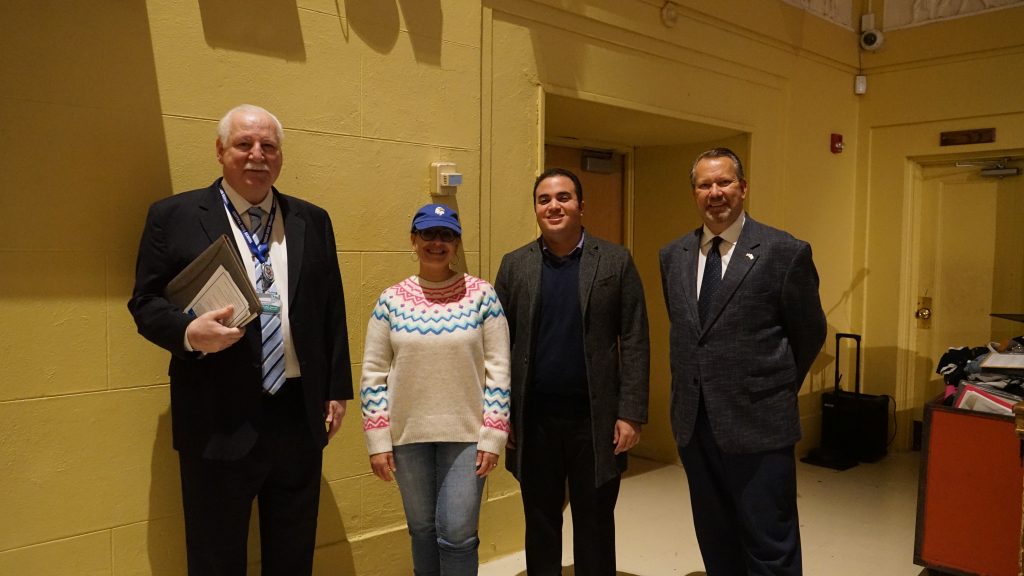