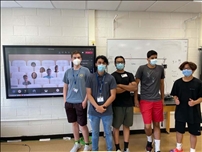 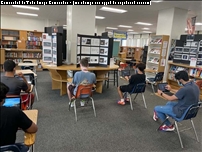 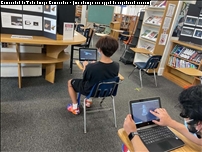 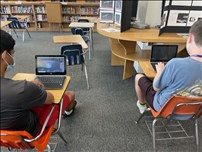 The inspiration was to model the most significant missions to space in the history of space exploration. Students selected from a list of 40 significant missions to space and then created a presentation highlighting the objective, instrumentation and discoveries of the probe or satellite. In addition, they also used Computer Assisted Design software to create a model of their chosen probe and had their models printed in 3D. Their presentations and models are now on display in the school’s library.

“As a class, we wanted to show that it is possible to learn a high-level skill and conduct research, while adjusting to the challenges of this year,” Mr. De La Cruz said. “The class exceeded all expectations.”